I’m kind of a baby when it comes to cold weather (which I know is surprising to most of you because I run around in shorts all Winter) so it took a little convincing from a friend to get me to go mountain biking up at Breckenridge not too long after they had gotten snow. I was informed it would be 52 degrees and he had called a shop up there and they said the trails were “good to go brah.” The plan was to go up Georgia Pass and then come down on the Colorado Trail. I asked how long he thought the ride would be he said “Uh, anywhere from 90 minutes to whenever we’re done.” (Thankfully my house doesn’t get trick-or-treaters so I didn’t have to be back to hand out candy.) The weather was actually perfect, even at the top of the pass, but the trails were packed with a lot of snow and ice and we ended up walking a good bit of it. It would be an awesome trail for a toboggan to go down though. At the top we ate lunch and looked at the map for a bit to try and figure out where the trail started as no one had been up there snowshoeing yet. Once we found the trail we still had to walk about a mile to be in a place where we could actually ride. That was the only place I got cold because I was wearing knickers (they hit mid-calf, not undies but I use the word interchangeably to mean both so wanted to clarify I was not out tramping around in my knickers) and my socks left an opening where the snow would hit. The ride down was unreal; there wasn’t a place where we weren’t riding on snow. You just glide on top of it and don’t really try to fight what lines you’re taking. I definitely didn’t bomb down, even with the snow for a cushion I was still apprehensive. I let the guys go first who were gracious enough to stop occasionally and make sure I was still behind them (my mom thanks you too!). We got done about 6 hours later with only and estimate of how many miles we had gone. It was nice riding with them because it was so casual they didn’t care about mileage or speed, and they drink beer after too

I’ve also done two night rides. The first one was outside of Boulder so Wayne came with a couple of my coworkers and I. Wayne crushed it per usual, the only time I can beat him on a bike is when he is really really hung over and I’m not. I felt a little better about riding in the dark there because I at least knew the trail (don’t worry mom, we had lights too). Night riding is something you should do at least once. You really have to feel the bike and you’re in the moment because you can’t really see that far ahead to start planning what you’ll have to be doing. There was one section where 2 of the guys were hot on my tail going down hill and my rear wheel started to lose traction and I freaked and pulled off to the side and let them pass me. I started tearing up (which is also how I know I’m still concussed as I’m still more emotional) because it really freaks me out to wake up in the hospital again. One of the older guys rolled up behind me and asked if I was okay, “Yah, just fixing my light.” He said, “Me too.” And waited till I was ready to go on.

The other night ride we did was at Green Mountain which I’ve done a night ride on before, but it was last year so I don’t remember much about it. The nice thing about riding with other people is they usually have similar experiences. And all of them have had to get back on the bike after some crash. Half of the group took off and hammered away for the most part but the other half just took our time. One of the guys I was with had gotten a concussion at the beginning of September, he remembers the crash but it was his first mountain ride since. He’s made similar comments about how you don’t realize how fast your life can change in just a second. I rented one of our full suspension mountain bikes because I thought it might help to get some distance between my bike and I (like a trial separation) and my roommate wanted to try it and see if he should get a hardtail (he liked it and he probably will, if he ever buys a bike). I’m still not sold on them still or the seat that came on it. See I drove down from South Dakota that morning and didn’t have time to go home and didn’t want my roommate looking for my favorite pair of riding shorts (It might be more intimate than rifling through my knicker drawer, jury’s still out). I didn’t think it would be that bad because sometimes I commute without any padding (but I also have a stellar seat). Oh my goodness it was awful! I stood up out of the saddle for most of the climbing (which I realized it might make a good training tool). Afterwards we went to this hole-in-the-wall bar, which had wings as big as your fist. Most of our night rides revolve around getting dollar tacos in Boulder and wings by Green Mountain. It’s not a bad way to plan rides.

I’m pleased to announce that I did not crash on any of those rides but don’t worry I still have a cast on my arm.

When I went back to the doctor about my head I got good news that the amnesia I’ve been having, what with not being able to remember much of the past year is better than not being able to create and store new memories. She also put me on medication that has helped with traumatic brain injuries and is hoping that it will at least help a little bit (it would be nice to walk out of store and remember where I parked my car without having to set off the alarm). I have a 3 months supply of that which ironically is the time I can hit my head again, if there was going to be a time 6 months after is okay, a year is best. I also told her how I’m nervous to crash again, she used to race mountain bikes which is really handy and assured me that it would happen again, but it doesn’t mean I’m going to hit my head again. She pointed out my crash to head hitting ratio and it’s really pretty low. This was the first crash that I’ve really hit my head on. I did get beat up so much on a ride before college graduation I’m pretty sure my mom thought I had an abusive boyfriend, but I didn’t hit my head at all on that ride. She then asked how my wrist was feeling and I told her I didn’t have full range of motion or flexibility and it hasn’t really improved and there is still some pain. She suggested taking X-Rays just to be safe (good thing I already met the deductible this year!) and found a fracture. It had been about 12 weeks (usually a bone heals in 6) but because I kept using it, it was healing much slower than usual. She gave me a brace to wear and sent me on my way. I wore it for the weekend which was good because I tripped when doing a night run and skinned my knee and landed right on it. I do enjoy the looks that often happen when blood is streaming down my leg… I went up to my parents early the next week to watch Mary’s last volleyball game, but her team didn’t make the playoffs so went and saw Heidi and mainly hung out with my Grandma and ate fortune cookies (Loon needs to come up with better fortunes). My doctor emailed me when I was up there saying that the radiologist had found an avulsion fracture and wanted me to come back in when I got back to town. I went back in and she used an ultra sound machine to get a better look. She thinks my ulna bone slammed into some of my wrist bones on impact creating the fractures. Good thing I don’t remember because that definitely would have grossed me out enough to throw up. She decided since there were two fractures it would be better to cast it and really let it heal. Luckily it’s water proof so I can still do swim workouts (that has yet to happen but I’ll let you know if it survives!) She even molded it around handlebars so I can still ride, I am a little apprehensive about that as a kid in high school once blocked wrong and broke both his wrist at the same time..it doesn’t really look like fun. I don’t have too much trouble doing anything though except brushing my hair (I might just have dreads by the end) and getting out of my car and trying to put my jacket and not locking the keys inside…. 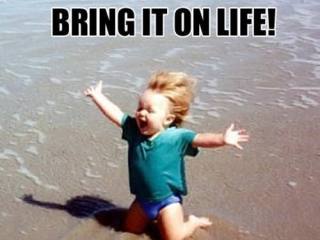