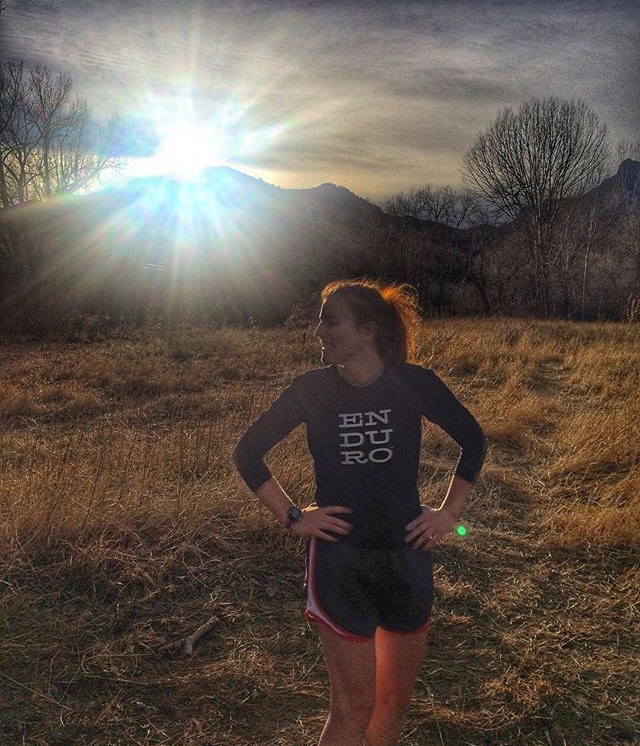 There was one thing I was absolutely certain of after I finished Leadville this year–I would not be back, at least not in 2017. I figured it would be time for a break and well training with law school didn’t leave me as the nicest person to be around. I knew I would be in the same position with graduate school as I was with law school except adding being out of the country for 6-8 weeks doing research. The thought of having to train towards a PR would be an added stressor that I didn’t need, right?

The cookies on my computer seem to know me well enough to have placed ads for the Leadville Lottery, hmmmmm….no, no, no. In the midst of finals I had a break that allowed me to go into Chicago for a fundraiser for World Bicycle Relief. There I ran into Michelle who ran crew last year for her wife, Sharon at Leadville. Sharon had been pulled off the course at mile 73, compounded by a multitude of factors, getting cold, staying cold, which led to not taking in any food and limited hydration. I was amazed to hear that she had made it 73 miles on one gel and about 20 oz. of water before finally meeting the Cutoff Queen at Pipeline Aid Station. I had my reasons for not signing up, school, relationships, training time. Each one, Michelle provided a counter point for, and she’s not even a lawyer (just married to one). It wasn’t until after we watched a short video of girls riding bicycles to get to school that Michelle posed the option, what if I paced Sharon to the finish? Hmmm, okay that was definitely intriguing, I wouldn’t have to worry about hitting any PR and it would be a great way to actually enjoy the race without worrying about my performance. I texted Sully, “On a scale of 1 to you’ll break up with me- what are you thoughts on Leadville next year?” He was less than enthused. I tabled it for a while to get through finals but all while still playing the option out in my mind.

After finals I got to Boulder and talked to Sully more about it, “I feel that it’s a good option for me to ride and not race, because there is no way I can train for a PR or even top my performance from last year with having to deal with school, research, and defend a thesis. It gives me a way to still be involved with Leadville and WBR.  I can train to finish though and I know the course so well that I could help her reach her goal of finishing. And I would only be signing up for the lottery, the chance to race.” It took a few conversations but Sully and my mother (still hesitant) got on board. Yes, this is all just to have a chance of registering because it’s all done through a lottery system. I haven’t had to deal with that in a few years because I was always able to qualify through the 50 miler but I opted against it this summer because I was sure that I would not be racing in 2017.

I am officially registered and put Sully’s name in too just for good measure.

One thing that I decided to accomplish this year since Leadville wouldn’t be an issue is Rim 2 Rim 2 Rim. Starting on one rim of the Grand Canyon, running to the other, turning around and running back. It’s about 42 miles of running/hiking. I’ve had it on my radar for a while.

I tried to talk my brother into it in 2011 but he was busy with law school and then I got into cycling so didn’t give it much thought until this past summer. I had a conversation with one of the WBR girls in Leadville about it and she was definitely interested. Once I got back to school I started a list of potential girls who would maybe be interested. I really kept meaning to send an email to start the conversation but I always came up with a reason not too, because if I sent the email it would become very real.

In Boulder I did a 4 mile trail run with Sully and then got enough courage from drinking a whole bottle of wine to write the email and sent it to 5 girls.  All more experienced runners than me, one having done The Leadville run a handful of times, she and another one have done R2R2R before. One completed an Ironman that qualified her for the World Championship, one having done multiple distance trail races, and one being a friend from high school who has a handful of marathons under her belt and I knew if she said yes, my mom would be more inclined to let me go (similar to many events in high school). Regardless of skill level they all have easy-going personalities and seem down for a good time. I was expecting to get maybe 2 of them to respond with yes, instead I got all of them. I am beyond excited, and hoping that the logistics for everyone to get there will work out. Right now we’re looking at going the beginning of April. I’ve been looking at training plans, but realize I almost need to train for a training plan for conquering a 50 mile ultra race.

I’m planning on beginning to run in about a week or so. Right now Sully and I are on our way to Hartford, CT for Cyclocross Nationals. I’ll be able to race collegiate nationals and then also signed up for single speed because if I’m going might as well make it worth it. I’m excited, although my training has been slightly sub-par, going in with the mindset to  have fun and see friends rather than focus on the results.

2 thoughts on “Miles to Go”