I honestly don’t know where this summer has gone. Some days it still feels like I’m sitting in the courtroom awaiting the trial and other times it’s such a distant memory it doesn’t even feel real. I kept meaning to blog sooner but one thing or another happened and then I kept pushing it back. And then I wasn’t in an upbeat mood and didn’t want to sound too much like a Debbie Downer and I probably would have push it back more but I’m trying to get at least one done a month so – just in the nick of time!

The trial was interesting because it wasn’t really. The morning of, as we were sitting in the courtroom the guy plead guilty. Just like that the whole thing was over. I was grateful for it and yet part of me wanted everyone to know exactly how much pain this guy had caused. I’m not sure I would have handled testifying though, but one of the bonus of having parents who are lawyers was that they were able to drill question after question and prepare me for the defense. I’m not sure I would have wanted to relive the whole ordeal though because at this point I only have flashbacks of moments or events but I’ve never actually had to relive the whole thing at this point which is probably a good thing.
Because he plead out I actually got to share what I thought would be a fair punishment. He had other charges against him so on top of this he will see up to 2 1/2 years in the state pen and he had to write a letter of apology to me. I know what that letter is probably going to say (and if you really want to know you can ask my parents)- it’s not really going to be a heartfelt apology, but it actually had to go through the probation officer so I know it won’t be a bashing filled rant either. I didn’t so much want the apology as I wanted physical proof that there was a reason I went crazy, that it wasn’t just all in my head. I mean maybe it was but it feels better knowing that there is actually a solid piece of paper saying it was his fault. But like I said I haven’t been in a good enough place to read it yet and I’m not sure I will ever be – but stay tuned.
An ironic twist on the day was that my road bike finally arrived at Molly’s house. See I had it since May but left it at Landry’s Bike Shop to have them ship it out to me. . .well it kind of got lost in the shuffle for a while- but I was actually grateful that it didn’t come sooner. I’m not sure I would have been ready to ride it before court. In my mind I some how came up with the thought that if I was riding again and got hit the defense would be able to pin it on me that getting hit twice would make both of them my fault-it would be my riding capabilities and not the crack head who actually didn’t see me and crossed in front of me. So I didn’t ride until I got home from MA. But let me tell you I definitely missed it- I mean mountain biking is all fun and good but you can’t go bombing down a hill at 55 mph and not die. That’s not to say that I don’t read every license that drives by and I still don’t wear a heart monitor for that very reason. Because well it would kill my average HR every time a car drives by and causes it to spike up.

I also don’t wear a heart rate monitor because I don’t want to know what my heart is doing when I see a snake because I know very well it’s abnormally high. See I have this ridiculously abnormal fear of these creatures, I mean pure ridiculousness. To give you an example in high school my mom had to go through my biology book and cover every picture of a snake with a post-it to prevent an ill fated event of flipping to a page with a picture of one on it to disrupt the class. I’m not sure if I was born with this innate fear or if it stems from finding fake snakes in my bed and getting them thrown on me when I was playing in the yard. (In their defense I did use to make Molly cry and bite Frank hard enough to draw blood, so I guess you could say I had it coming.) Regardless of how it got there- it’s there. I can remember every snake I’ve ever had to encounter- getting drug through Reptile Gardens when I was 5, a blue razor outside of the case when I was 9, riding my bike out by 7-11 when I was 16, hitting one with my car when I was 18. . .I mean it goes on and on. Last summer I saw a total of 4 snakes while I was riding my bike and fortunately didn’t run over one. That’s why in comparison this summer has been out of control. I’ve already ran over 3 and I’ve seen 27. That number is including dead snakes but only the ones that remain intact enough to realize what it is. I almost expect one now when I’m riding and it helps to occupy my mind looking for snakes rather than focusing on the cars whizzing by.

Part of me knows that the increase of snakes out is due in part to global warming, but DF must have gotten to me because I started taking them as a sign and decided to look and see what the meaning behind a snake is. My only real knowing of what a snake stands for comes from Adam and Eve and Harry Potter- not exactly the most factual based.

I started doing some digging- well actually just ran into a book at Border’s but still. I took a picture with my phone (because I finally upgraded my phone to be able to do that) so I wouldn’t forget. So even though the snake is associated with being the evil vector that women use to tempt man and cause him to stray from the straight and narrow path of ascetic virtue– it actually has a completely different meaning too. 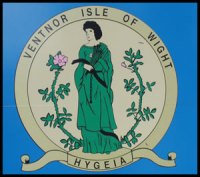 The serpent is also a symbol of regeneration, reincarnation, and of healing powers- who knew right? The physical characteristics of the creature that give it this reputation include shedding its skin and continuing to pulsate after it appears to be dead- it’s also a long lived animal, so I’ve got that going for me. It’s also seen twinning up the healing rod of Asclepius and of Hygeia, the Greek Goddess of health. Also in the Caduceus, which is almost universally accepted as the primary symbol of the healing arts, has two serpents coiling up it. After reading  that I’ve found a new respect for the slimy creature (I hear that they’re not actually slimy but never actually touched one to see for myself). I told this to Molly about how the snake is maybe actually a sign of new life and she replies “So you’re running over your new life with your bike?” Well that’s one take on it I guess.

I’m not sure exactly what it all means, if anything, but I’m all for taking it as a sign of new life. I mean it can’t hurt, and hopefully running them over with my bike doesn’t squander my new life too much, but I suppose only time will tell.

I wrapped up my racing season with a nice slog through the mud. Don’t worry you didn’t miss much as the extent of my racing season contained Tri for the Cure and the Muddy Buddy. Tri for the Cure went well, it’s really more of an event than a race as I finished 5th in my age group but still managed to run 9 min/miles– if that gives you an idea of the compeition. I took off time from my bike from when I did it 2 years ago and finished 47th out of 2400 on the bike so I’m hoping to come back next year and win when my leg lets me run 6min/miles and I don’t have a panic attack in the water.

The Muddy Buddy was awesome! Molly and Barb did it as a team and dressed up as a “Mudder/Daughter” team- it was pretty cute. Barb put flowers on her helmet and wore a skirt and apron and accessorized with a rolling pin. Wayne and I were a team, and while we didn’t win, we almost took the costume contest with Wayne dressing up as Warren Jeffs and I was a child bride. Running in a dress, not fun. Beating boys in a dress, fun.
That’s been the extent of my life so far- I hope that this isn’t too Debbie Downer the trial definitely wore on me and I’m not quiet at the closure point I was hoping that I would be after it but I’m getting there- or at least my shrink says so!

Disclaimer: Molly is not as horrible as this blog makes her out to be.

GLOS: The Story of the Glamorous Ladies of Skimo #LetsGetPhysical #FightForYourRightToParty #AnotherOneBitesTheDust #GirlsJustWantToHaveFun #LivinOnAPrayer #UnderPressure #WalkLikeAnEgyptian #PushIt! #IfYouDontGetThisWeShouldntBeFriends
I met Dave and then I met Allison but it seems like I can’t remember a time they didn’t exist together. I had the honor of officiating their wedding this fall and then crashed their mini-moon and made them reenact their wedding photos at multiple points in the Grand Canyon. I’ve taken the bus countless times to their home (and Sam’s) often with short notice of my arrival, dumping all my bags in the entry way before making my way up to the ‘wellness room’. They (including Sam) always met me where I was at, picking me up emotionally more times than I’m sure they realized—the espresso machine was always ready, real housewives was always available, and the dinner table made by Allison was always filled with laughter and adventure planning.
Village dog gets domesticated and now has to pose for holiday photos #CantBelieveHeLeftTheVillageForThis #ComingSoonToHallmark #EatsAllTheCheese #DairyBender #HappyPawlidays #MerryPawmas #VillageDog #ShiningStar #LittleAngel #AlvinsAdventure
Current out of office status— looking forward to having some time to catch up on life, yes I did just get my 2020 holiday cards in the mail, and if I owe you a response from the past month (errr 2 years) here’s hoping I cross that off my list. Going analog for a bit but send (text) me your address to get on my 2021 holiday card list and just maybe you’ll get one before June 📸 @waywardtraveler_ak #NoGuarantees #IdleHands #HoHoHo #SleighAllDay #RestingGrinchFace #HeavyBoots #DoingItWrong #WhenWorkBleedsIntoLife #HereToPeerReviewYourOwnResearch #HappyAlmost2YearsToCOVID #WhatComesAfterTheTerribleTwos #AboutToGetAMindOfItsOwn
“I don’t skate though life, David, I walk through life in really nice shoes [boots]” — Alexis Rose. Will just be stomping around in the low angle for a while till that avy rating comes down #yourwelcomemom. Glad to get a few powder days in though! 📸 @rachelllheath @ryanstassel #ClimbUpToGetDown  #SnowMuchFun #Shredfest #SoMuchPowder #IsThisWhatPabloEscobarFeltLike #SwimmingInIt #SleighAllDay
“You’re right, I WILL absolutely wear this again!” 📸 @dpisgreat #AlwaysABridesmaid #LookingForAnEddie #SurprisinglyComfortable #ICantBelieveMyFriendsWentAlong #SponsoredByDavidsBridal #RimToSomewhere #GrandCanyon #DidCheckWithTheBrideBeforeDoingThis
%d bloggers like this: