I’ve come to say this line a lot lately. With only about 3 weeks to go till Leadville there isn’t much time to make big improvements so I have to go with what I’ve got at this point. I especially use it when I eat a cookie. It also encompasses the larger picture. I’m finally at a place where I regret nothing that has happened because all those little incidents and wrong turns have lead me exactly to this place. i.e. Had I actually stayed in Mexico (not by choice) I wouldn’t have stopped by Molly’s for a few days on the way back. I wouldn’t have went on a Real Housewives of New Jersey bender, only to be prompted by Molly to maybe look for a job. Not wanting to disappoint I went to the nearest shop and applied. I got the job and well the rest up to Leadville is history. I regret nothing, the mistakes make us who we are.

I did Hoosier Pass last week with some girls I met in Vegas. I left that part out in the Vegas blog, mainly because my blogs tend to run a little long. I met them out riding when I stopped to ask for directions (being a female I do that). They were on touring bikes and I asked them what they training for. They casually said, “to ride across the country” and then one mentioned this was her 7th time on a bike. The other girl had given up alcohol and decided she needed a physical challenge to fill that void, and thought this would be a good one. Being on your bike for 3 months will either help you not drink…or lead you to it (I’m not sure where I’m at, ha just kidding!). It just so happened that when they were passing through Breckenridge I had the day off. I went up there, stayed in a Hostel (I guess part of being an adult is not sleeping in your car) and then road up the pass with them at 5:30am. I had never been over that pass so didn’t really know what to expect, I thought it would be like Cottonwood or Loveland pass, but it was actually pretty tame. They asked me if I wanted to keep riding to Fairplay to get breakfast but I had accidentally made an appointment to talk to a grad school adviser at DU that afternoon so had to head back when we got to the top (this is me trying to be responsible, and then I stopped at IKEA and locked my keys in the car, baby steps). One of the girls complimented me on my “biker booty” and said she hoped her butt looked like mine when they were done with the trip. I didn’t have the heart to tell her that it’s more attributed to the 4 years of college volleyball than all the biking I do. Whatever helps keep her motivated…

I also went on a date (when it was my off week so I bent more than broke the rules). I had met him at my birthday celebration, and I’m not exactly sure why me drinking tequila, throwing up, and then making out with him (sorry mom and dad) makes for potential girlfriend material but he asked me out.  Because I wasn’t riding (from feeling a bit under the weather) I had time to go. So I did. It was a bit weird, mainly because I had lost my voice that day (I even offered to reschedule but I don’t think he realized when I said, I can’t really talk, I meant that literally). I realized I didn’t really have time to try and develop a relationship with riding time. I figured if I really liked him or felt a connection I probably would have found time. I thought dating would be more exciting but now I think I’ll have to start training for something else after Leadville.

I went up to Leadville again this week, I figured I would ride there and then drive down to our cabin near Cottonwood Pass and stay there and ride up the pass and then head home. I got to Leadville and stopped by the race shop to get directions to where I wanted to ride. I think they finally realized that if they were going to let more women do it they needed to provide adequate directions (or maybe they just got tired of me calling all the time) so this time there was a detailed sheet of how to drive to each checkpoint. Which was nice because then I didn’t have to talk to anyone or pull out my big forest map. I drove up to Powerline and got out of the car when it started raining. I decided not to ride because I feel like I’ve been fighting something anytime I ride up there, I never seem to get into a good flow, and I never get done and think “Man, I just kicked ass.” So when the rain started I decided to call it a day and head to the cabin, plus the 6 shots of espresso I had were not kicking in. I’m trying this new thing were I actually listen to my body rather than fight it. I went to the cabin and took a nice 3 hour nap before I went and grabbed some dinner and filled up on gas (incase I had to make a quick get-a-way in the middle of the night, without cell coverage you can never be too sure). Then I went back to bed. I rode Cottonwood Pass, which wasn’t as bad as I thought it would be, I mean it was 12 miles and took me 85 minutes but I tried to mimic a race-pace mentality and I felt pretty good the whole way.

I also saw my first snake of the season today (one nice perk of riding at altitude, not many snakes) I was on a trail outside of Denver when it was slithering off to the side. Before, I had made a last minute decision to leave my heart rate monitor in the car, which was a good call because I can tell you I almost had a myocardial infarction and didn’t need a HR monitor to tell me that. My dad always asks me why I’m afraid of snakes when I’m on a bike because I’m not on the ground and I’m a lot larger than it, but it’s more that I’m afraid I’ll run over it and it will get caught in my spokes and then thrown onto my back (I know it’s a little extreme).  It was a good motivated to haul balls and just ride up that mountain. I tried to calm myself by saying that it was a good sign because last night I had moved a good portion of my stuff to my new rental down in Denver. Not that I’m apprehensive about it but it is a pretty big change, I’m going from 4 guys to 1 and trying to start classes and figure out the next step, and snakes are a sign of of healing, transformation, rebirth, and immortality. I’m not sure how DF would feel about me trying to put that spin on it, especially because in Abrahamic religions the serpent is a sign of sexual desire (but maybe that has something to do with taking a vow of celibacy until after the race). Or maybe the snake was just trying to get warm on the trail. 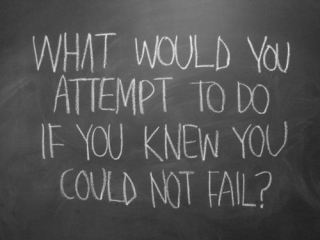 GLOS: The Story of the Glamorous Ladies of Skimo #LetsGetPhysical #FightForYourRightToParty #AnotherOneBitesTheDust #GirlsJustWantToHaveFun #LivinOnAPrayer #UnderPressure #WalkLikeAnEgyptian #PushIt! #IfYouDontGetThisWeShouldntBeFriends
I met Dave and then I met Allison but it seems like I can’t remember a time they didn’t exist together. I had the honor of officiating their wedding this fall and then crashed their mini-moon and made them reenact their wedding photos at multiple points in the Grand Canyon. I’ve taken the bus countless times to their home (and Sam’s) often with short notice of my arrival, dumping all my bags in the entry way before making my way up to the ‘wellness room’. They (including Sam) always met me where I was at, picking me up emotionally more times than I’m sure they realized—the espresso machine was always ready, real housewives was always available, and the dinner table made by Allison was always filled with laughter and adventure planning.
Village dog gets domesticated and now has to pose for holiday photos #CantBelieveHeLeftTheVillageForThis #ComingSoonToHallmark #EatsAllTheCheese #DairyBender #HappyPawlidays #MerryPawmas #VillageDog #ShiningStar #LittleAngel #AlvinsAdventure
Current out of office status— looking forward to having some time to catch up on life, yes I did just get my 2020 holiday cards in the mail, and if I owe you a response from the past month (errr 2 years) here’s hoping I cross that off my list. Going analog for a bit but send (text) me your address to get on my 2021 holiday card list and just maybe you’ll get one before June 📸 @waywardtraveler_ak #NoGuarantees #IdleHands #HoHoHo #SleighAllDay #RestingGrinchFace #HeavyBoots #DoingItWrong #WhenWorkBleedsIntoLife #HereToPeerReviewYourOwnResearch #HappyAlmost2YearsToCOVID #WhatComesAfterTheTerribleTwos #AboutToGetAMindOfItsOwn
“I don’t skate though life, David, I walk through life in really nice shoes [boots]” — Alexis Rose. Will just be stomping around in the low angle for a while till that avy rating comes down #yourwelcomemom. Glad to get a few powder days in though! 📸 @rachelllheath @ryanstassel #ClimbUpToGetDown  #SnowMuchFun #Shredfest #SoMuchPowder #IsThisWhatPabloEscobarFeltLike #SwimmingInIt #SleighAllDay
“You’re right, I WILL absolutely wear this again!” 📸 @dpisgreat #AlwaysABridesmaid #LookingForAnEddie #SurprisinglyComfortable #ICantBelieveMyFriendsWentAlong #SponsoredByDavidsBridal #RimToSomewhere #GrandCanyon #DidCheckWithTheBrideBeforeDoingThis
%d bloggers like this: