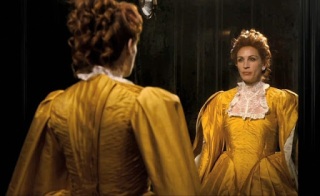 I’ve always prized myself on having a good memory (not nearly as good as Heidi’s but it’s been pretty sufficient). Almost to the point where it’s embarrassingly good (I’m not bragging, it’s the truth) where I’ve had to pretend multiple times not to know someone because I met them once two years ago as they were passing by and knew my friend, why they could forget me I’m not sure. But now it’s gone, although I’m told it will return but I’m not sure when. Not to fret, as it’s not completely gone but my short term memory seems to be well short-circuiting at the moment. It’s a really weird state to be in actually. Last Sunday after my parents left I ended up just lounging around and watching 3 movies, by Monday I could only remember 2 and by Tuesday only 1. The only movie I remembered the whole week watching was The Vow, which is actually ironic because in it (spoiler alert!) she loses her memory of the past 5 years (I’m not sure what would have been worse, waking up not remembering the past 5 years or waking up only being able to speak Russian, both would have been entertaining though, at least to Frank and MC, not my parents). Friday night I was driving and started to put on chapstick and it was a deja vu moment where I suddenly remembered watching Mirror, Mirror because in it Julia Roberts gets stung on the lips by bees and then immediately the entire movie came back to me. It’s the most bizarre thing to have no recollection of any of the movie for almost a week and then you are bombarded with so many scenes from the movie you wonder how you were ever able to forget.

I do remember Leadville though. I woke up at 4:30 so that we would be able to leave at 5 (I talked my dad and Frank into coming the night before). I got dressed, all bandaged up and then realized it was just my dad and I, as Frank decided not to wake up. We got to the first aid station, which is at about mile 10 and then mile 90 on the way back. We started making PB&J’s and putting oranges, bananas, and m&ms out, along with water and GU Brew (guess I know what my training food is now!). One of the guys said we wouldn’t need any food as no one stops. He was right. Only a handful of people stopped and it was mainly ones that had to use the bathroom or they had mechanical issues. One guy came through yelling if anyone had a helmet and was willing to pay $200. The one time I don’t have one in my car, it figures. Luckily one of the volunteers did and he took it. He said it fell off about a mile earlier and I’m not sure why the option of riding without one (which warrants being disqualified) overruled the option of stopping and picking it up. I guess in the heat of the moment his critical thinking skills didn’t exactly think that one through. Two guys snapped their rear derailleurs off and were out of the race, so I need to make a note to pack an extra one of those (this is only funny if you realize the ridiculousness of trying to put on a new derailleur in the midst of a race).

I felt a little weird being there though, because a lot of the people that were volunteering were doing so to try and get into the race next year. Some of them had even raced previous years and didn’t get in this year. I didn’t want to tell anyone that I was actually suppose to be racing but instead got a medical deferral. At that point I looked pretty normal (minus the bandages on my hand) and acted pretty normal that I was afraid they were going to judge me for not racing. I know it was silly but I think part of me was judging myself for not racing, even though it would have been a shit show if I had. Some of them asked me if I was going to try and get into the race for next year, my response was usually more of an open to interpretation, “Uh, well see, one of my friends is all about is and so I thought I’d come and check it out.” You know when you have a problem and you try to tell your parents but really it’s like, “Well, uh you see my friend has this problem…” that was what I felt like. I was definitely able to get a better feel for the race (one guy eats baby food) and it’s not as serious as I thought it would be, it’s definitely a race but one lady had ribbons on her helmet, and I realized it was probably a lot of wasted energy to try and figure out what to wear. 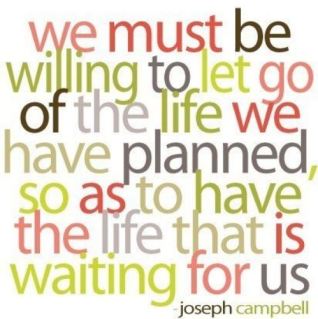 It was a long day when I got home from the race, my parents had taken me to get a bed frame and without thinking I thought my bed was a full (I’ve only had it for a year…) and so we got a full bed frame only to have my dad and Frank put it together and realize that my bed was a queen. And then I just started crying, not even that stifling, just a tear running down, I have something in my eye, this is a sad movie crying. But full on, not breathing, sobbing, my dog just died crying. My dad said, “Don’t worry, I’ll go change it out, we’ll get the right bed frame.” I just replied, “It’s not about the bed” it never is. My mom took me aside, mainly so Frank would stop telling me it was okay, people buy the wrong beds alllllll the time. She told me that it was okay to grieve for the life I thought I was going to have, even though it’s just a small bump (and not a huge detour) having her say that made me realize that for the past 6 months I never once considered not finishing an option. I always saw myself going down that red carpet into the finish. I didn’t even fathom not starting, it didn’t even cross my mind that it could be a possibility. I had been so careful to try and not get sick in the weeks leading up to it, not riding any technical single track, so that I would be 100% on race day. The biggest thing I have to get over is not being able to remember the crash, for something that I’ll never be able to remember…it’s hard to forget. 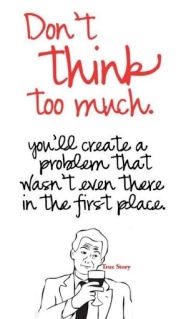 I was cleared to exercise this week, which was interesting. I went to the gym because I thought it would be good to be in a controlled environment so I got on the elliptical, which I’ve never really understood the purpose of that machine. Who are these people that actually use it? It’s a pretty humbling experience though, not as bad as when I had to learn to walk again, on the treadmill and going about 2.7mph. I let what I thought people thought of me dictate what I thought of me (did you follow that). The fact that I was only going 20 minutes on the elliptical, in my mind people were saying she’s not an athlete, but that’s what I was thinking about myself. It’s a good lesson to learn though, seeing my insecurities in what I think others are thinking of me (which I let happen at the race). I’m working on it. It took a couple of minutes to get over it at the gym, and the ridiculousness of that machine, have you ever tried that thing? It’s really quiet awkward, I had no idea what to do with my arms the whole time– do I use the “trekking poles” do I put them on the place that it takes heart rate, do I just put them at my side? If someone could fill me in that would be great. And it helped that The Real Housewives of New Jersey was on, their problems are soooo much worse than everyone’s. I’m not sure when I’ll start biking, soon I hope, I just need to find a new helmet and I’m actually, surprisingly, really picky about that. I really liked my helmet, like a lot. It was a good weight, amazing color, great fit, it looked good on me, all the things you want in a good man…er helmet. I’ve found a couple of contenders but I have to order one and then figure out the whole biking thing. I want to go back to Leadville and ride the route I did when I crashed, and crush it. But that probably won’t be my first ride out. I’ll keep you posted, if nothing else at this point I have a reason to keep writing.

I had the house to myself this past week. My parents left on Sunday and my roommate left for the week last Monday. I didn’t tell my parents that he left because then I’m pretty sure they would have stayed. As much as I appreciated my mom taking care of me (and I really did because I think I would have rushed back sooner than I did and it would have taken a lot longer to feeling as good as I am now) it was nice having a little down time. The only problem I ran into was when I got home from dropping my roomie off at the airport I went to paint my nails and realized that since my left hand still wasn’t able to grip I couldn’t get any of my nail polish open. I tried everything, putting the bottle behind my knee, between my knees, holding it with my toes. Luckily I found a small little sample bottle that I could open with my finger tips because it wasn’t shut tight- so the week wasn’t as long as it could have been. Only once did I have to go ask my neighbor how to turn on the stove…..those critical thinking skills are slowly coming back.

One thought on “Mirror, Mirror”

Finding that flow above tree line ✨
Getting the Course Record for the Maah Daah Hey 150 was really the icing on an amazing day.
Every trip outside is a meditation in mortality. Learning how to navigate the risks, surrendering, releasing, and dying 1000 deaths to make room for the present. Training for the Maah Daah Hey 150 has looked unlike any other year but then again so has life (more on link in bio). Unlike previous years I’m on track to actually make it to the start line. Set to do the Maah Daah Hey 150 tomorrow and can’t wait for that trail magic #SeekingTrailMagic #EnduranceRacing #AllTheSourPatchKids #AdventureMore #MentalHealthMatters #MaahDaahHey #TimeToDance #RideBikesBeHappy #GirlPower
With riding there is a moment where if you doubt, you hesitate, in that moment the magic is gone, you’ve messed up the line, your brain has convinced you that you are incapable and you question your ability and then poof your on the ground assessing the damage.
Things I learned while riding 600 miles:
I had a panic attack in December (the irony is not lost on me that it was the same date of getting a notification of a novel pneumonia-like virus in Wuhan) and it fractured my sense of self. I didn’t even know that I could have so many pieces of me laying in a disarray. It’s been a long journey of picking up those pieces that hasn’t been linear and certainly not all positive and has also come with some great costs.
%d bloggers like this: