Got my t-shirt and picture with the yeti…do I still need to run? I texted this to Molly before the 5K I did the other weekend. She didn’t respond and I had already told my Godfather about it which his response was “make the family proud.” I decided since I had dragged myself out of bed after 4 hours of sleep (insomnia=sooo much time for activities). I might as well run. They gave the Yeti a head start and then started the pack.  My game plan was to work on chasing down the Yeti, which was a good plan until we were half a mile in and the Yeti pulled off to the side and started cheering for people. I was mildly disappointed because that wasn’t exactly the chase I had envisioned as it didn’t result in hunting him down and tackling him (I’m trying to be more aggressive). The first mile went by pretty fast, 7:14  to be exact which my thought when I passed the 1 mile mark was, Holy Cow, I am SO fast! It’s not my fastest mile but I wasn’t really expecting that. I didn’t continue that pace, I was so worried I would bonk if I did that I settled into a more relaxed pace. Mile 2, I went back and forth with an 8 year old. I pulled ahead going into mile 3 and then coming into the home stretch she sprinted ahead and beat me.  I figured it was karma because I can remember running the Main Street Mile in moccasins when I was 5/6 and I’m sure that pissed off the older people I beat. When I got done I wasn’t really sure what to do. I thought about throwing up just because that seems to be something runners do and the coffee I had before wasn’t really sitting well but I didn’t really run that fast and didn’t want people to perceive me as being a real runner. I grabbed some oranges and water and walked around loading up on free stuff. At this point they were starting the awards and figured since my age group would be close to the beginning I should stick around and see who beat me and see what a good time is. They called out third and second place and then they called my name. Wait, what? They know I’m not a real runner, right?

I went up to get my prize, which was a glass. I then double checked the posted results to A.) Make sure I had actually won and B.) Make sure there were other girls in my age group. I did and there was. My time wasn’t super stellar, 25:34 (for those of you who will check online I’m not lying). I realized that if you are really good at a 5K you probably challenge yourself with a 10K. I still liked winning though, even if it was just an event.

I went for a ride after the race, because like Wayne says riding your bike isn’t exercise, it’s fun. I had planned to do the race on Saturday and ride on Sunday. It was a great plan until Friday night when I went to look up directions and go over parking information. I opened up the last email from the race director and the first line said “The weather looks great for Sunday!” No…no… the race is on Saturday. Then I double checked my dates and realized that it was on Sunday…NOOOO! I had structured my running/riding times around it being on Saturday. I had an event to go to on Saturday afternoon and since there wouldn’t be enough time to ride and get ready for it I thought the race would work out well in the morning. Thus leaving all day Sunday to ride. Since I really wanted to ride I did. Luckily 1 out of the 6 people I asked to go riding was not up skiing so we did Chimney Gulch all the way up and then down. I’m happy to report no crashes over waterbars and no mountain lion sightings so all around it was a great day.

Because I promised my parents I would try not to ride alone anymore I took Molly and Abe to Marshall Mesa last weekend. They definitely did not crash as much as I did the first couple of times I went out. They were good sports as I drug them through some pretty muddy sections and got their bikes all dirty. They kept apologizing for being slow and I just kept telling them I was paying it forward for all the times Barb waited and was patient with me. I think we might be planning a trip to Moab soon!

The next day one of the girls that I’m doing the Breck 100 with was doing Picture Rock. It’s a trail that connects Heil to Hall Ranch. I’ve done Heil and I’ve done Hall but never that section. As we started riding there was a sign that said “Mountain Lion Habitat” well that’s great. The girl told me that she had bear spray so if I got attacked she’d have my back. The trail was about 10 miles total. It was pretty smooth at the beginning but towards the top got a little choppy with little rocks here and there. The way down I definitely felt quiet a few of those bumps, which made me think even more about a full suspension. Then I saw 2 guys on hardtail single-speeds and realized how much more of badass I would be if I was on one of those. 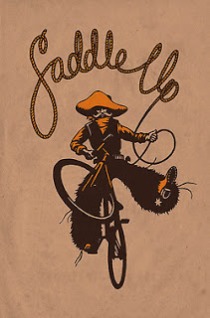 Leadville releases its lottery selection on Friday.  I never did hear back from the lady I emailed to remind  about the medical deferral. Part of me is waiting to see if their reaction will be more like- “Ha! Just kidding, we got you good though, huh?” I don’t think my mom would be too upset about that decision. If that did happen I would probably buy the Slash (6 inches of travel!!) on Saturday and sign up for some enduro races. I am on the waiting list for the Big Mountain Enduro Series race in Moab. It’s in September and I wasn’t going to but the other day got a text from a friend that said, “I was persuaded and registered for the BME at Moab. Now you need to get yourself a full suspension so you can come play on the big mountains.” It’s very tempting.