I’ve been bonking on recent rides lately. I’m hoping that most of it is with it being early in the season I don’t realize that after three hours it might be a good idea to eat. Bonking tends to exemplify the worst qualities, physically and mentally. I’m trying not to make a habit of it.

On my more recent bonks I’ve realized my upper body is still pretty weak, I had to take a break mid-14 mile descent when after putting so much tension on the breaks my upper body became immensely exhausted and needed to get off the bike and shake my arms out. Embarrassing, I know. I am up to 10 consecutive push-ups (without being on my knees) so I have that going for me. You can laugh, Wayne and Sully do. I’ve also realized that I’m bemoaning that Leadville is over. I knew it was going to happen, but that doesn’t seem to be making it any easier.

Not doing Leadville is a bit of a relief and certainly nice but still a weird and foreign feeling, being the first time in three years that I’m not all consumed by Leadville. Only more lament by the fact that I just got a new bike, not for Leadville. Leadville is why I made the jump into mountain biking. It has been with me the entire time. It brought me to some amazing places, had me meet some equally amazing people (the people that save me from the side of the road when I got a traumatic brain injury, other riders who have crazy inspiring stories) and it have given me new opportunities and now it’s over. I definitely made the choice not to do it. Last year, when I place in the SilverRush I was offered a spot in Leadville, which I could of deferred until this season. I could have put in for the lottery too. I knew that it was going to be time to take a break and do something else, as that’s all I did for 18 months. I’m not done racing and Leadville isn’t on the Never-Ever-Again Table but for this season it’s done. I do have three 50-milers on my radar for this summer, but they are not all consuming and never at times feel overwhelming, thinking what have I gotten into.

It helps that Sully is doing some of the races as I am. We don’t do all our rides together but we do talk about them. He keeps telling me we only ride our bikes for fun but then I seem to add the disclaimer, but I want to be fast too…and maybe not embarrass myself when I get to the starting line.

I’m currently down in South Carolina. Mary Clair is here for her spring break visiting our Grandma Clara and figured it would be the perfect opportunity to take a few days off the bike and come down as well.

Once I’m back I’m planning on finally jumping on my new bike and will probably even start juicing. Sully mentioned that I seemed almost scared to get on my new bike and ride it but I think I’m just hesitant to start a new chapter. 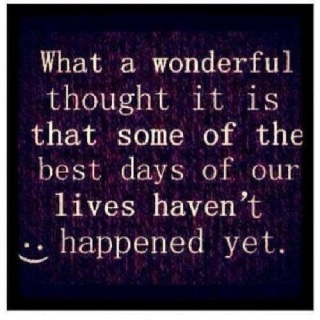