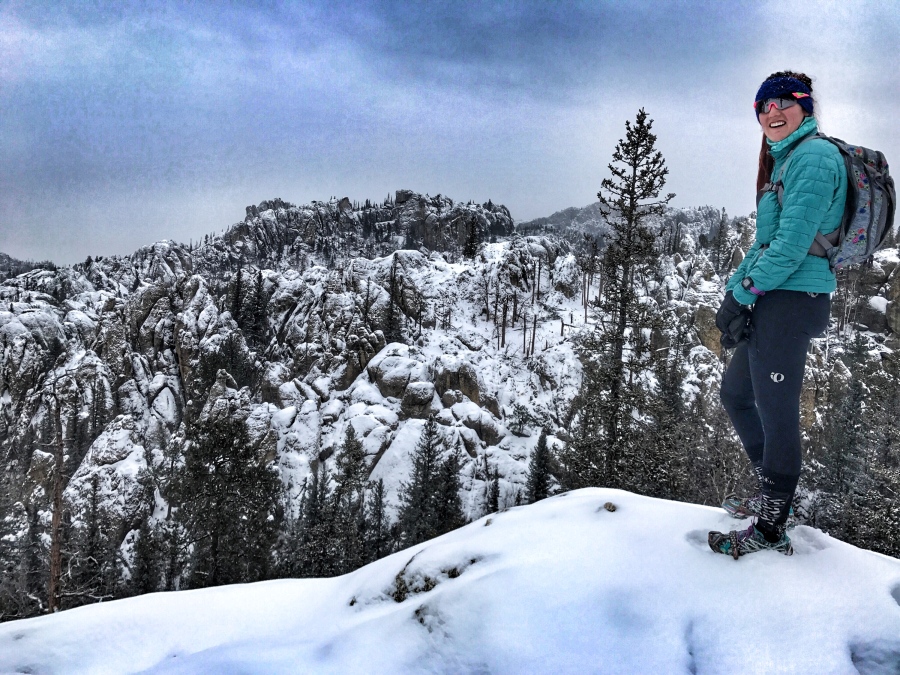 I thought for sure by this time I would have more of a reason to write but atlas, I don’t. I had planned to go to CX Nationals over break but with a lot of hoops to jump through with ND Cycling it didn’t exactly pan out and by the time I realized it wasn’t going to happen there was no way to orchestrate my logistics to get there. I was pretty bummed about having to miss it and commiserated the fact over a lot of fries with my dad. I decided over break that I would either go to Old Man Winter in CO or back to Fat Bike Nationals –both the same weekend in February. I was leaning more towards Old Man Winter (Ryan and his team put on a great event!), mainly because after I pulled the plug on CX Nats I took some time off so didn’t feel in shape enough to race at FB Nationals. I figured Old Man Winter would help me to get some early season base miles in too.

The races were last weekend and I didn’t attend either–I had decided to sign up for a three week course on transnational civil litigation and with my final being yesterday didn’t feel like I could take a weekend or day off to travel for an event. So instead I’ll catch you up with what I did over Christmas Break- which because of how cold it ended up being, it was a lot of running and hiking.

It did start with some biking- back when I thought I was going to nationals I tried to get into racing shape after finals.

After about two days of riding, it got cold. Cold enough that having to ride outside would be miserable even with all my layers– and there was snow. Instead I opted to hike/run up Black Elk Peak.

The first day I was going to go up alone, but my mom always worries so my dad offered to come with. Which meant he sat and mostly cleaned out my sister’s car (finding $1.63 so well worth the trip) while I ran up and then back down. Going up was a little rough, coming from sea-level and not doing a lot of running to begin with–I alternated between running and hiking. I got to the top and was about to check in with my parents when my phone shut off from the cold. I then ran the whole way down the mountain to get back to the car before the cut-off time I had told my parents so they wouldn’t worry. I was a bit smoked at the end. But not enough to not do it again, and again, and again. Fortunately for me I found at least found a few friends who tolerated the 20 degree day (Laura) and the 7 degree day (Jessie). 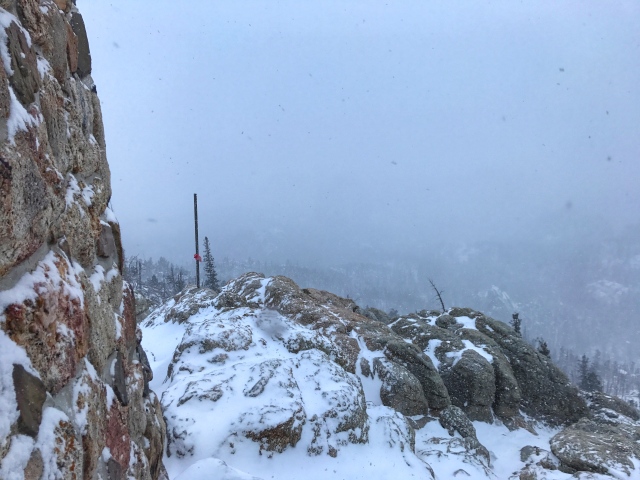 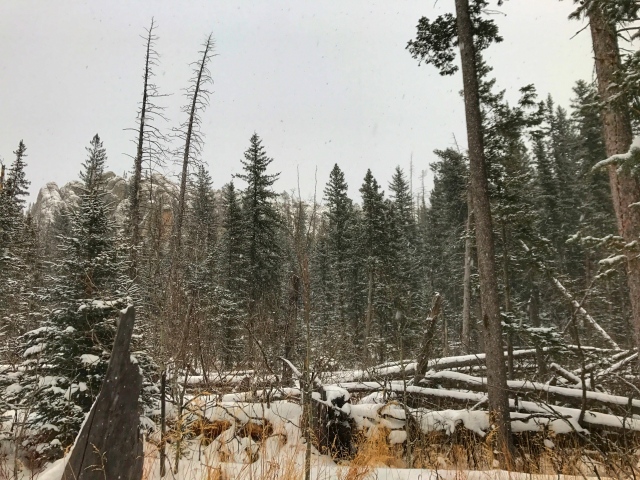 I think I ended going up and down Black Elk 4 times when I was home. I’m about 25 minutes off the fastest time up and down so that’s something I have in the back of my mind.

I also made my way to the Badlands- which to be completely honest I’ve only stopped in once that I can remember. I’m pretty deterred from ever going there in the summer because of all the snakes but fortunately for me when the ground is frozen so are the snakes! I was able to run about 6 miles on various trails and just kept thinking (1) how did the pioneers reach this and decide to keep going and (2) how I’ll have to come back next winter when all the snakes are frozen again. 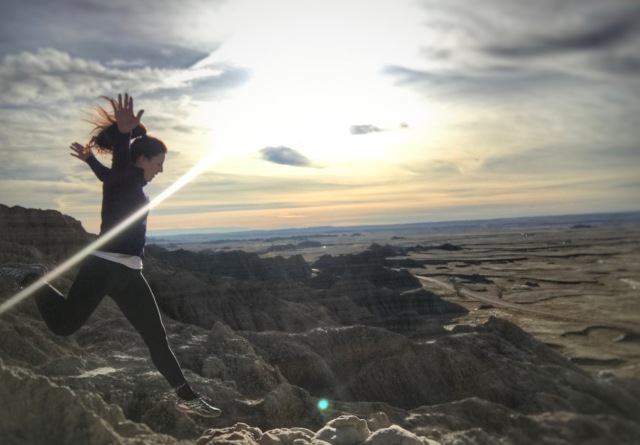 And then because the pass was good for the whole week and I had spent $20 on it. I went back the next day too. Unfortunately it was under a winter storm alert so didn’t not spend that much time outside the car. 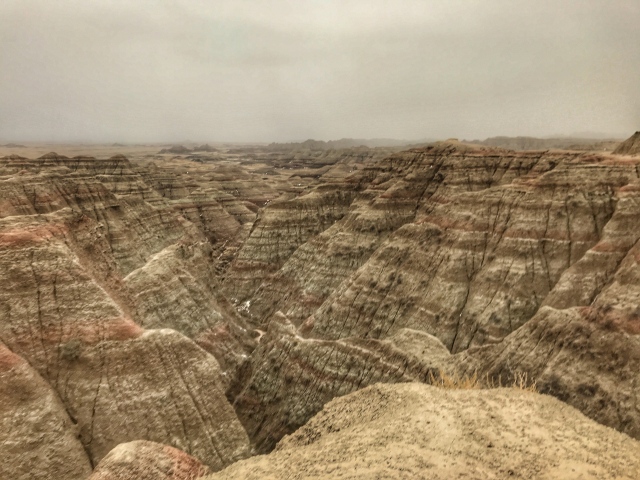 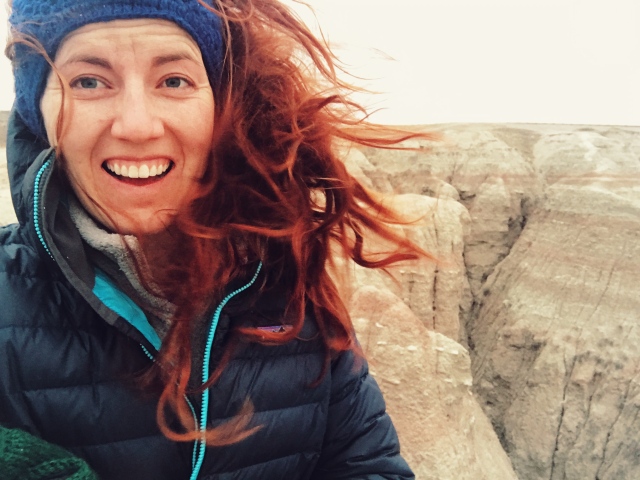 Spending two days in the Badlands made me definitely want to do the Maah Daah Hey 100 race in the North Dakota Badlands (snakes be damned!). The race has been on my list for years but always was too close to Leadville to make both of them work and since I didn’t get into Leadville figure this is my window opening to a door closing. I’m already starting to mentally prepare- the man who has the MDH course record is really fast and it took him 8:56 – just for comparison the Leadville 100 course record is about 5:59 sooo yeah I might be in the pain cave for a while, but they don’t call them the badlands for nothing.

“Maybe the desert wisdom of the Dakotas can teach us to love anyway, to love what is dying, in the face of death, and not pretend that things are other than they are.” –Kathleen Norris

*I debating putting this post up at all because of how rad South Dakota is and I don’t want everyone to move there.

One year ago I got sworn in as an attorney (upgrade from the email granting me permission months earlier) and convinced my family we had to go to the best basement bar (The Downer) in town to get shots—now we’re waiting for different shots so we can return to consuming other shots (lolz)— basically this is all to say that life comes at ya pretty fast #shotshotshots #everybody #notjusthoseinwealthycountries #petitavocat #vaccineequity #spreadsciencenotthevirus #thedowner #lowqualityphoto #highqualitybar #alsopeople
1 year ago today the US recorded its first COVID-19 case, yesterday we passed the 400,000 death mark. Today there is hope on the horizon. #darkestbeforethedawn #hopeonthehorizon #bethelight #maskup #thenewvariantsarenojoke #spreadsciencenotthevirus #sciencematters #wordsmatter
This past year brought collective pain, grief, and uncertainty in a profound way but it also brought more kindness, empathy, innovation, a new sense of community, and Alvin becoming a biking partner. COVID swept away a number of distractions and let us wrestle with some questions that really matter. And my wish for the new year and in the years to come we look back on 2020 as a year that became the catalyst for change. 📸 @waywardtraveler_ak #happynewyear #pawsomeadventure #alvinsadventure #nothingwillchangeunlesswechange #hopeisonthehorizon #lightinthedarkness #itsokaytonotbeokay
Ho Ho Holy Sh*t, bit of a ruff year but this angel has been a shining star throughout #punsdone. We hope everyone had a happy and healthy holiday season— #COVIDConsciousChristmas #ComingSoonToHallmark #HesInMyBubble #MerryChristmas #HoHoHo #PutHimOnTheTree #HesAnAngel
“Okay, so take Argyle Road until just past the old science teacher’s house, on the right, back from the road is a small opening in the trees, where you’ll plunge onto the trail, it might not seem like it but I promise it’s there.” Might need to work on my directions to the trailhead but grateful that people (@alfounta) are willing to follow me onto a ‘well-worth it, unknown trail’ into the woods.
Me showing Alvin where I used to ice skate with @heidiwork3 and @kapow2 even after @wyo_jane said it was unsafe—it most definitely was unsafe. Always grateful I survived before my frontal cortex fully developed! #sorrymom #younganddumb #abrightidea #thethingswedid #itllbefine #thereisnoicetobefound #theamountoftimesivetoldmyselfthat #teenagewasteland #cellebrate #nobrainer
Loading Comments...
Comment
×
<span>%d</span> bloggers like this: