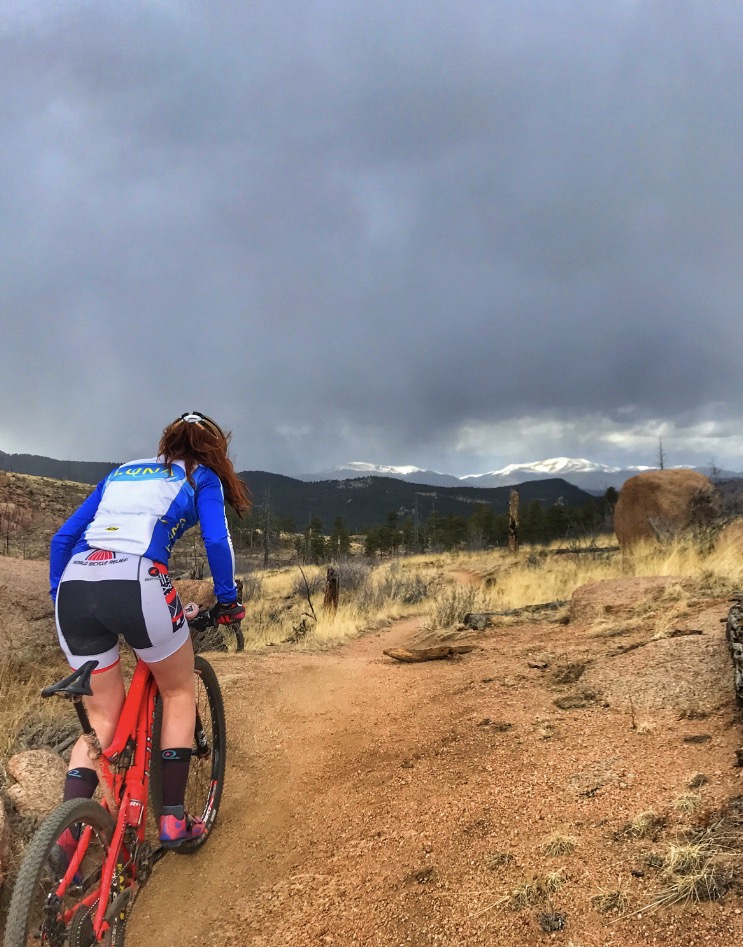 I did my first collegiate road race and crit race a few weeks ago (okay, at this point over a month) and much to my astonishment, I did not crash. For some reason I had it in my mind that crits are just full of carnage, broken carbon, and skin shredded on the pavement. It was much more tactic based than I had thought given we were all riding for separate teams but still working together.

I went into the road race with the words of another collegiate racer telling me how fun and low-key it was, “we usually just sit up and talk during the race”- oh that seems nice. The race started very much that way, we rolled out and the girl next time me started chatting. I can definitely do this for 25 miles. Then about 5 minutes in we turned right and took a long descent and that was it, no more chatting. I stayed very much within my comfort when going downhill (thanks, brain injury–you’re welcome, mom) and soon found myself out of the lead group and for the most part by myself. Wow, the next 20 miles are really going to suuuuck if I’m out here by myself. Pretty soon a group of two road by and picked me and we continued to pick up stragglers as we worked to get back to the lead group and rotated through pulls. I kept trying to figure out how much energy I should expend off the front versus just tucking in the back and conserving my own energy. It was a delicate balance as I didn’t want to be perceived as not doing enough work but also didn’t want to do too much to be spent before the final hill climb. The final hill was a bit of a doozy, especially since I’ve only been on the trainer for the past 2 months. I was able to pull away from part of the group on the climb as it was deceivingly long and hold on for the half-mile flat stretch to the finish line. I finished 6th, which was nice for having no expectations.

The crit was similar to cyclocross racing as we just road around in a circle but less dirty, less barriers, and with much more speed. The course was a large lap following a road around a parking lot. We did 10 laps, the start was flat and turned into an immediate downhill with a 180 turn back followed by a left corner with a slight incline, two rights and back through the start/finish. I stayed with the lead group but was severely inefficient in doing so– that whole descending at high speeds- yea, still not my thing. We’d go down the hill, I would be in the back of the pack and then within the 180 turn we would all be grouped together. It was like doing intervals when you’re already going as hard as you can. 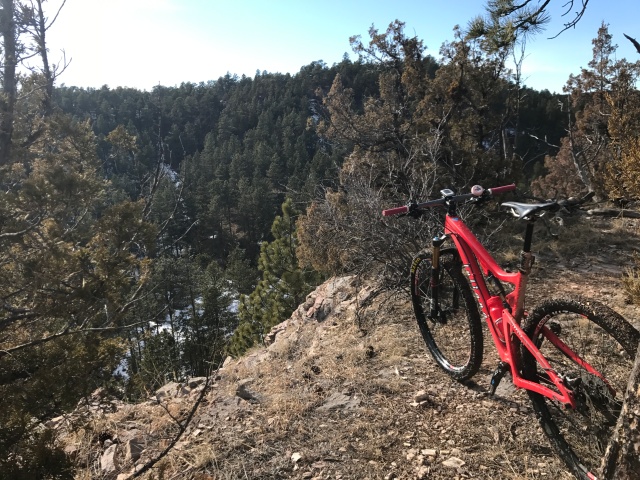 I opted out of racing the next two weekends as it was Spring Break and headed to Colorado and then up to my parent’s for a few days. This is going to sound strange but having multiple bikes in 3 states (the same locations that I keep French Presses) is a little overwhelming when trying to plan for rides and the future. I ended up taking both my cross bikes up to my parents house from CO with the intention of leaving my single speed one there and picking up my mountain bike. The weather was so nice that while some of the trails were snowpacked there were enough dry spots to patch together a ride. I took my cross bike up Battle Mountain thinking it would be mostly dry given the exposure and it was until the very last pitch before the top where it was still deep snow pack and ice.

I didn’t think too much of it when I was up there and was trying to be mindful not to pack too much mud and clog up my derailleur. I made it to the top no problem and turned around to start descending. I’m not even sure at what point it happened but I could feel the tension give way in the chain and looked down to see my rear derailleur hanging off from my bike.

Ughhhh, fortunately it was all downhill so I kept riding and being conscious not to have it bang into the spokes of my wheel too much. I got to the bottom and turned onto the pavement. I ran out of momentum and stopped and called my dad, “Hi Dad, I broke my bike will you come get me- I’ll be in the courthouse parking lot.”  I texted Sully, he responded that I should have rode my singlespeed and asked if I had crashed. Uh, excuse me, I did not crash, I was just riding along and it happened. I sat for a little while longer and then realized all the times that I ran the Main Street Mile that it’s actually a slight decline down to my dad’s office. Tired of waiting, I hoped on my bike and adult stridered it down the road. I got some pretty weird looks from people driving as I was scootering but I feel like my hometown is definitely used to my antics by now.

I spent the latter half of break in CO, riding and running some of the trails. It was definitely needed, but it made it that much harder to come back to South Bend after spending 4 days on dirt with friends. I was even lamenting as to why I didn’t go to CU for law school but then realized I would probably get far less work done than I do now.

Thankfully finals are just around the corner (yikes!) and then I’ll be back to try to get some rides and racing in before starting my summer gig.

2 thoughts on “Attack the Pack”